Under the outward policy of promoting products and their capabilities, the Hellenic Defence Systems SA, headed by the President of the BoD John Demiris and the C.E.O. Sotiris Christogiannis participated in the International Defence Systems Exposition «AUSA 2014», 13-15 October 2014 in Washington, USA.

The Greek Government was represented by the Alternate Minister of National Defence Fofi Gennimata, who inaugurated the Greek National Pavilion on 13 October, 2014. The inauguration was attended by the Special Secretary of the Ministry of National Defence Antonis Economou, the Ambassador of Greece to Washington Christos Panagopoulos, the Military Attaché and Defence Attaché of the Greek Embassy in Washington Evangelos Papadopoulos, the Vice President of AUSA LTG Jerry Sin and the Chairman of the Hellenic-American Chamber of Commerce Simos Anastasopoulos. The Defence Attachés of Croatia, Serbia, Slovenia and Bosnia-Herzegovina participated too.

The AUSA 2014 is a leading organization in the field of Defence Industry, held each year, with 30,000 guests, more than 500 companies/ exhibitors, with more than 105,000square feet of meeting space.

The Hellenic Defence Systems SA thereby expand international cooperation, reinforcing the momentum in the implementation of the restructuring plan of the company, as decided by the Greek Government. 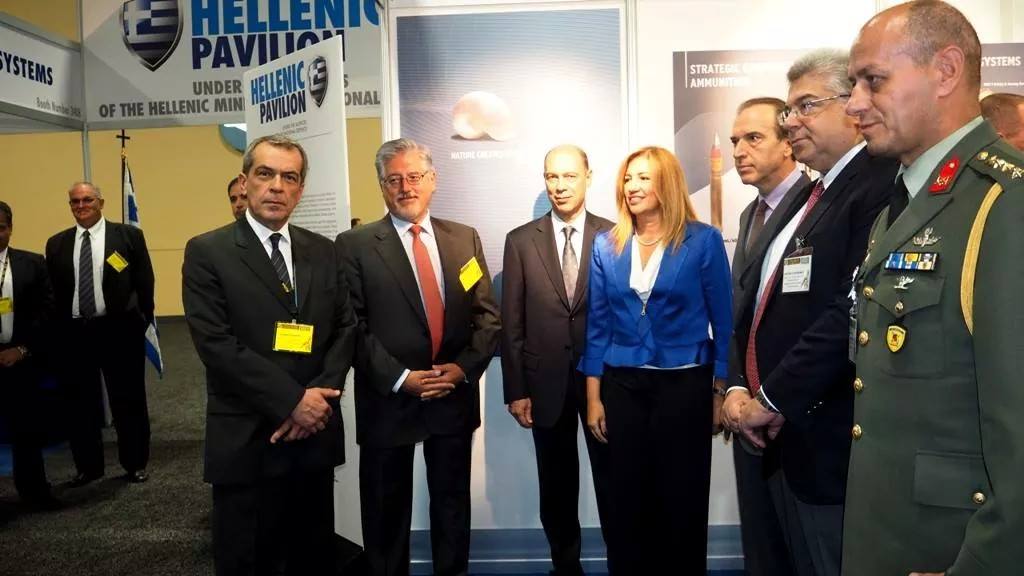